People often find Sourdough easier to digest than breads which use commercial yeast. The reasons why aren’t fully understood but it’s believed that it’s due to the prebiotic content and probiotic properties. Prebiotics are fibres which feed the beneficial bacteria in your gut. Probiotics are beneficial bacteria which are found in certain foods. Your gut health improves when you consume both regularly.

There could be some good news for people with gluten intolerance too. Sourdough contains less gluten and it’s easier to tolerate for anyone sensitive to gluten. It’s thought that sourdough’s slow fermentation degrades gluten to a greater extent than commercial yeast. More tests and clinical trials are required, so please do check with your doctor if you are gluten intolerant or have any concerns.

All kinds of claims are made about sourdough bread; some of them are true, some are just urban myths. However research in Canada shows interesting results for diabetics. They discovered that the long fermentation involved in baking with natural yeasts resulted in a loaf that was digested more slowly and caused less of a spike in blood sugar levels when it was eaten.

We might not have all the scientific reasons yet, but it’s all pointing in the same direction. Sourdough bread really is good for you. 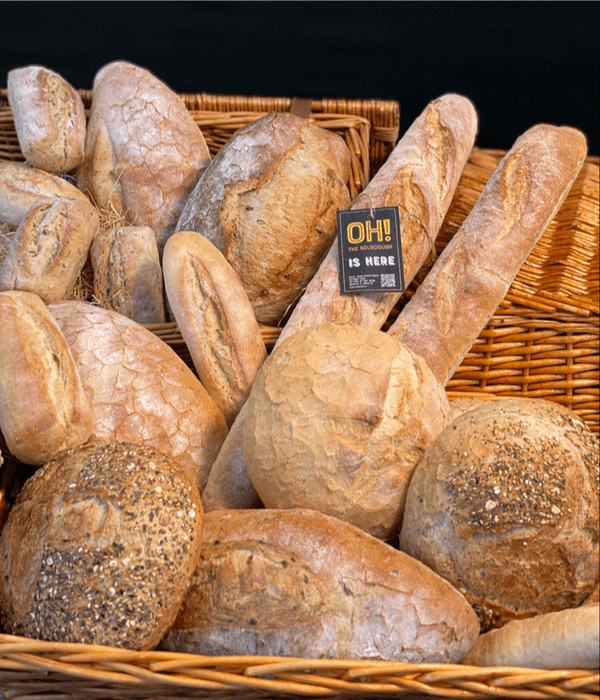 What IS sourdough bread?

Sourdough is the new revolution, the bread buzzword of the pandemic period, it’s aromatic and…

This website uses cookies to improve your experience while you navigate through the website. Out of these cookies, the cookies that are categorized as necessary are stored on your browser as they are essential for the working of basic functionalities of the website. We also use third-party cookies that help us analyze and understand how you use this website. These cookies will be stored in your browser only with your consent. You also have the option to opt-out of these cookies. But opting out of some of these cookies may have an effect on your browsing experience.
Necessary Always Enabled
Necessary cookies are absolutely essential for the website to function properly. This category only includes cookies that ensures basic functionalities and security features of the website. These cookies do not store any personal information.
Non Necessary
Any cookies that may not be particularly necessary for the website to function and is used specifically to collect user personal data via analytics, ads, other embedded contents are termed as non-necessary cookies. It is mandatory to procure user consent prior to running these cookies on your website.
Analytics
Analytical cookies are used to understand how visitors interact with the website. These cookies help provide information on metrics the number of visitors, bounce rate, traffic source, etc.
Functional
Functional cookies help to perform certain functionalities like sharing the content of the website on social media platforms, collect feedbacks, and other third-party features.
Advertisement
Advertisement cookies are used to provide visitors with relevant ads and marketing campaigns. These cookies track visitors across websites and collect information to provide customized ads.
Save & Accept